Samuel Ruiz García (3 November 1924 – 24 January 2011), called also Tatik (padre, father) served as bishop of the Diocese of San Cristóbal de las Casas, Chiapas, from 1959 until 2000. His pastoral work and leadership in favor of poor and indigenous marginalized people of Chiapas has made a sustainable and systemic impact in the communities, life, dignity adn struggle for indigenous rights.

Samuel Ruiz, who was one of the founder of liberation theology in Latin American along with his friend Mons. Romero in El Salvador, contributed largely to dialogue between Ejército Zapatista de Liberación Nacional (Zapatista Army of National Liberation) and the Mexican Government. He also presided over the funeral of 45 members of the civil society group Las Abejas after the 1997 massacre in Acteal.

In 1996, Ruiz was awarded the Pacem in Terris Award and the Simón Bolívar International Prize from UNESCO in 2000 due to his efforts to fight poverty, exclusion, corruption, violence and for his help in the mutual understanding of Latin Americans.

Here is a nice Memoriam (in spanish) summarizing the impact that Tatic Samuel Ruiz had in Chiapas, the Catholic Church and the inspiration that he gave all of us who work for human rights and indigenous dignity. Samuel, like the martires of Acteal is still alive in the work of the Fray Bartolome de Las Casas Human Rights center and in the many lives and leaders her has inspired in his work and presence. Thank you, gracias, kolabal Tatik!!!

Keepers of the Earth in Chiapas 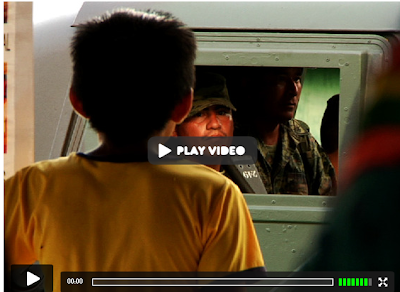 The Maya indigenous people of Chiapas, Mexico are "pueblos de Mais", peoples of the corn. Their existence, struggle for a life with dignity and their ancient message to balance our communities with Mather Earth is clearly linked to their land. The economic, political, social and cultural rights as indigenous people cannot be recognized or fully understood without the recognition of their rights to their land.

Watch this clip for the work in progress documentary Keepers of the Earth. Keepers of the Earth is an inside look at the battle over transforming the earth’s dwindling biodiversity into sustainable development. As the threat of environmental catastrophe mounts, biodiversity gains more and more traction as a hot commodity. Mexico is a mega-diverse country and keenly aware of the potential to turn green plants into green dollars.

Keepers of the Earth uncovers the battle between environmentalists and indigenous tribes for Mexico's greatest natural wonder, the Lacandon Jungle. At the upcoming 2010 UN Climate Talks, will the rainforest be saved or will people fighting for survival win back their land.

There has been lots of speculations, research, achievements and setbacks in the Millennium Campaign and the MDGs. These simple goals and their specific targets are a simple road map for poverty reduction and sustainable development worldwide.

They are a reminder that this generation can (and should) end poverty. We know what it works. We have the technical capacity, intellectual knowledge and the financial resources to make it possible having a world without extreme poverty. We need to realize that, as U2’s Bono observes “The destinies of the halves are intrinsically linked to the fates of the have-nothing-at-alls.” Dr. Jeffrey Sachs reminds us that our generation can choose to end extreme poverty by 2025. Every year, eight million people die because they are too poor to survive. Every morning, more than 20,000 people perish because of extreme poverty.1 Every three seconds a child dies of extreme poverty. The poor themselves can create a poverty-free world – all be have to do is to free them from the chains that we put around them and create partnerships for global solidarity. The MDGs are one of those concrete steps that we can talk to make a difference for the future of our world.

The United Nations Development Program (UNDP) has been very active in the promotion of the Millennium Development Goals (MDGs), the most broadly supported, comprehensive and specific development goals the world has ever agreed upon. These eight time-bound goals provide concrete, numerical benchmarks for tackling extreme poverty in its many dimensions. They include goals and targets on income poverty, hunger, maternal and child mortality, disease, inadequate shelter, gender inequality, environmental degradation and the Global Partnership for Development.

"Adopted by world leaders in the year 2000 and set to be achieved by 2015, the MDGs are both global and local, tailored by each country to suit specific development needs. They provide a framework for the entire international community to work together towards a common end – making sure that human development reaches everyone, everywhere. If these goals are achieved, world poverty will be cut by half, tens of millions of lives will be saved, and billions more people will have the opportunity to benefit from the global economy." (UNDP)

The eight MDGs break down into 21 quantifiable targets that are measured by 60 indicators.

International Agencies and Information on the Web

International Center for Research on Women

The Mistery of Capital among Indigenous People

The Mystery of Capital among the Indigenous Peoples of the Amazon from ILD on Vimeo.

This documentary follows the well known thesis of economist Hernando de Soto that ordinary, mostly poor property owners and entrepreneurs remain marginalized as long as they are deprived of three legal institutions essential for the creation of wealth:

* Fungible property rights to maximize the economic use of assets.
* Organizational forms to increase the productivity of enterprises.
* Identity devices to allow entrepreneurs to operate in expanded markets.

The ILD provides technical assistance to help governments furnish their citizens with these fundamental legal tools to participate in both local and international markets.

Welcome to the official blog of the Sustainable Chiapas Program, an initiative promoted by Dr. Marco Tavanti in collaboration with the DePaul University's alumni of the School of Public Service Program in Chiapas. The program aims at promoting human rights-based sustainable development initiatives among indigenous Maya communities and organizations in the Highlands of Chiapas, Mexico.